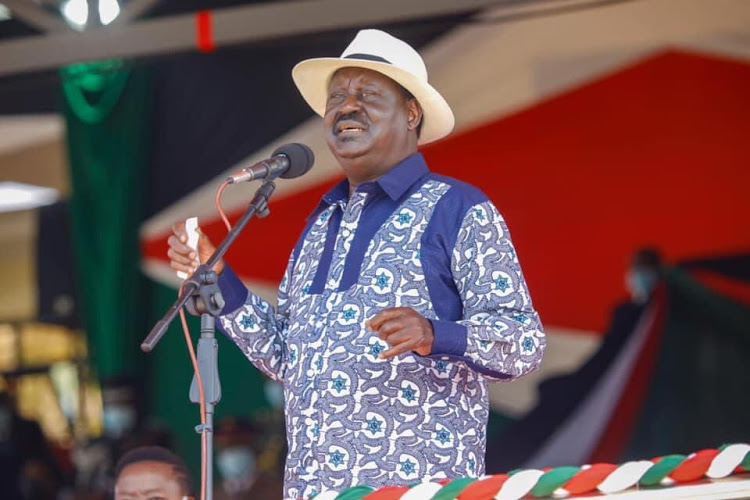 • ODM leader said too many children and women have lost their lives in the hands of people who should otherwise be their protectors. 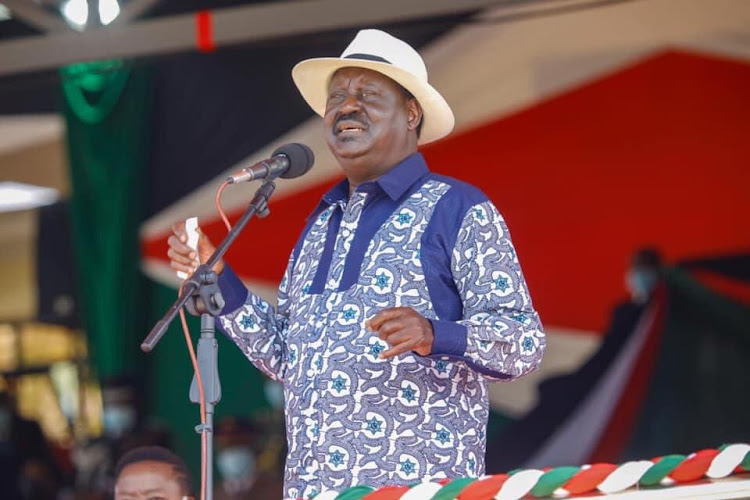 ODM leader Raila Odinga has called on the police and the Judiciary to help end rising cases of murders and disappearances of children and women.

Raila said in a statement that too many children and women have lost their lives in the hands of people who should be their protectors.

“Children are being plucked from their playgrounds, picked on the way to or from school and places of worship and from the balconies and doorsteps of their parents’ houses and slaughtered by adults,” Raila said.

“Girls and women are being killed in cold blood by supposed lovers, husbands and even parents. It has gone on too long and must now be arrested.”

He described the happenings as unacceptable.

“This is not the country we wish for our children, especially our daughters and sisters. Yet slowly but steadily, this brutality is becoming a new normal, just another news item in our country.”

The former Prime Minister called on the National Police Service to assure Kenyans of their safety.

“I want to call upon the National Police Service to assure Kenyans that it is up to the task of protecting particularly children, girls and women. Police must assure Kenyans that an individual will not pluck and kill two, four or five children or girls before the ring is detected and crushed,” Raila said.

The Judiciary, he said, must assure Kenyans that justice will come swiftly and fairly.

“Justice is taking too long to come, if it ever does, for the victims. The delays only prolong the pain and make beasts bolder.”

“Kenyans must speak out loudly against the slaughter of children and gender-based violence. These murders cannot be treated as personal or family matters. These are Kenyan matters and must be treated as such,” he said.

The suspect claimed to have single-handedly killed his victims, sometimes sucking blood from their veins before murdering them.

Wanjala was produced in a Makadara court on Thursday and police were given 30 days to hold him while they investigate and recover the bodies.

Three bodies have been recovered, two on Tuesday and one on Wednesday last week.

The victims were aged between 10 and 15 years old.